Warning: "continue" targeting switch is equivalent to "break". Did you mean to use "continue 2"? in /var/www/wp-content/plugins/revslider/includes/operations.class.php on line 2758

Warning: "continue" targeting switch is equivalent to "break". Did you mean to use "continue 2"? in /var/www/wp-content/plugins/revslider/includes/operations.class.php on line 2762

Warning: "continue" targeting switch is equivalent to "break". Did you mean to use "continue 2"? in /var/www/wp-content/plugins/revslider/includes/output.class.php on line 3706
 Ahead of our fourthcoming series ‘Business Paradox’ – Cambridge Advisory Partners

Ahead of our fourthcoming series 'Business Paradox'

|In News
|By Amy Warburton 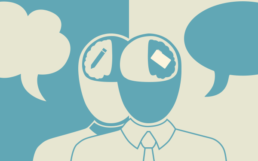 How were we able to move from small hunter gather communities to communities comprising millions of people, complex social and political systems all operating in a globally interconnected economy?

Most historians emphasise the importance of complex language, which enhanced the ability to pass on accumulated knowledge from generation to generation.  This is undoubtedly true.  What has become known as “gossip” plays a critical role…and in a market based economy, it can be argued that it plays a dominant role.  Whilst often maligned, gossip gives us the basics for essential co-operation in much larger numbers. The new linguistic skills that we acquired about 70,000 years ago allowed us to “gossip” for hours on end. Reliable information on who could be trusted meant groups could expand into larger ones.

The natural size of a group bounded by gossip does not however, extend beyond about 150 individuals. Even today most people cannot intimately know or gossip about more than 150 individuals. To coalesce larger numbers of people, inter-subjective belief sets are required.  These are, put simply, our unique ability to collectively believe and organise around things that have no objective reality within nature, namely to believe in frameworks and value sets or including such familiar notions such as law, money, nation, even ideas of human rights and justice is at the heart of our success.

In our series of blogs we will look at how this influences:

To help better understand this, it is useful to distinguish between objective, subjective and inter-subjective phenomena:

An objective phenomenon exists independently of our consciousness. Electricity, for example, exists objectively within nature. It existed long before people ever discovered it.

Subjective phenomenon exists only in the imagination of a single individual. It can change as that single individual changes. Thus, a child’s imaginary friend disappears when the child grows up and ceases to believe in it.

Inter-subjective phenomenon exists within the communication networks that link the subjective consciousness of many individuals within a community.

The inter-subjective is made up of the things in which many individuals, within the larger community, believe. Thus, if an individual changes his or her beliefs it makes little to no difference to the beliefs of the community as a whole.  Inter-subjective beliefs only change, mutate or disappear at societal level.

The inter-subjective has no actual existence within the natural world in the same way that electricity does. It is made up of the socially constructed ideas that exist in our collective imagination. Nevertheless, the impact of the inter-subjective on the world is enormous: law, money, nations, the notion of human rights and justice are all examples of inter-subjective phenomenon.

A phenomenon includes a fact, occurrence or circumstance that is observed or observable. It is an observable fact that, in order to survive, Homo Sapiens must interact with nature. We must do so in order to produce basic necessities for life- such as food and shelter. It is also an observable fact that, in modern societies, we produce more than the basic necessities. That we engage with nature in the process of production is an objective fact just as much as electricity is. Our interaction with nature, and the interaction of other organisms with nature, is something that exists within nature.

The interaction of humans with nature through production in turn has a deep impact on the natural world and the environment. It involves the use of technology to transform nature and the way we organise production necessitates the formation of certain social relationships. That we impact upon nature, use technology to transform it and form certain relationships through the production process are all observable facts. They must exist objectively, although it is true that the way the social relations of production are perceived by us, invariably involves a high degree of inter-subjectivity.

Three main factors make it difficult for us from understand that the order governing our lives exists only within the collective imagination. First the imagined order becomes embedded in our experiences. It has a huge impact on our lives. The Western belief in individualism, for example, becomes embedded into every day life- even in the architecture of the family home with each resident normally having his or her own room or “personal space”. Second the imagined order shapes our desires. Consumerism for example tells us than in order to be happy we must consume. Third the imagined order is inter-subjective- existing in the imagination of millions- an individual changing his or her mind about the acceptance of a shared myth makes little or no difference.

Our network of shared frameworks and value sets is “culture”. Cultures are in a state of flux. They can be transformed due to interaction with other cultures or undergo transitions due to their internal dynamics. Cultures are full of internal contradictions and the process of trying to reconcile these contradictions fuels change.

Perhaps the inter-subjective phenomena with biggest impact is money and the economy.

Ten per cent of money is coins and paper. Ninety per cent of money is in fact no more than accounting transactions that recorded in computer servers. Yet money is a universal medium of exchange which enables people to store wealth and to convert it into almost anything else. It is the most universal and efficient system of mutual trust ever devised.